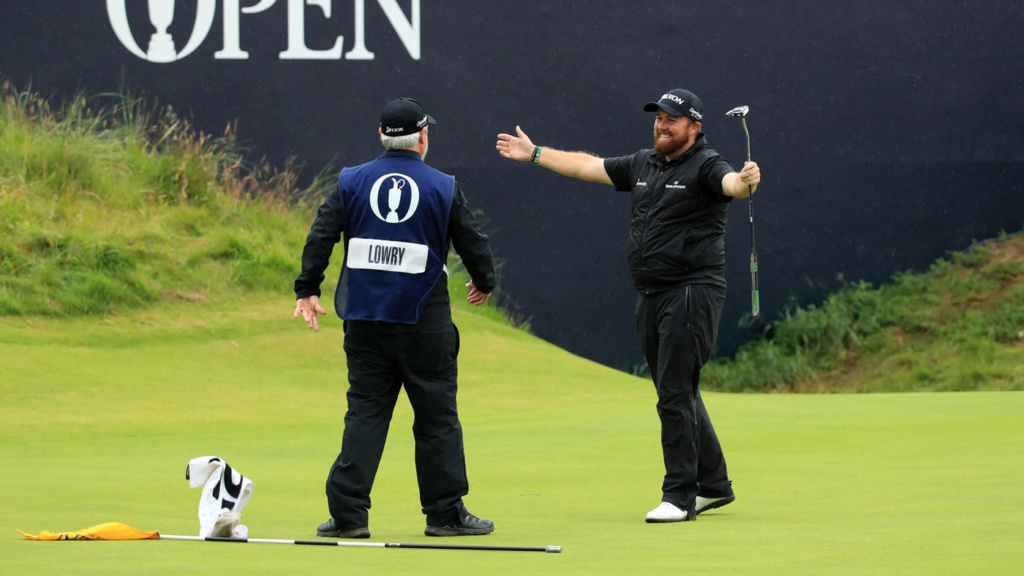 Shane is another golf champion who started his contact with Golf through P&P. There are many examples like this one, which today are “stars” in the world of Golf.

If you go back to the very start of how Shane Lowry first picked up a golf club, having been reared on tales of his father Brendan’s prowess as part of a famed All-Ireland winning Offaly football team that ended Kerry’s original drive-for-five, the picture develops of someone who picked his own sporting destiny.

The Lowry family home was close to a pitch and putt course and the nine-year-old Shane was, for whatever reason, drawn to it. “I wouldn’t mind giving that a go,” he had remark sufficiently often for his dad to take the hint.

So it was that Brendan made his way down to a local grocery shop called Kenny’s where such items as old golf balls, clubs and tees were on sale. The father arrived home with a few old Commando golf balls, a putter and a used nine-iron and gave them to his son. One little problem remained: the local club had an age limit of 10 and Lowry was nine. So he fibbed about his age … and so it was that pitch and putt became the seeding ground for those soft hands that would make him a golfing superstar.

Pitch and putt was a great introduction for Lowry, but the step on to playing golf on full courses took a number of years. He can recall the first time that he actually played on a golf course – a nine-hole layout at Rahan – along with his cousin Conor Henry. As Lowry, who was 12 at the time, tells it his mother Bridget, so used to leaving out football boots for him to play his matches, had left a pair of boots for him to wear on his first golfing outing. It took his uncle to tell the boys that they couldn’t wear them!

Read the full story at “The Irish Times” here