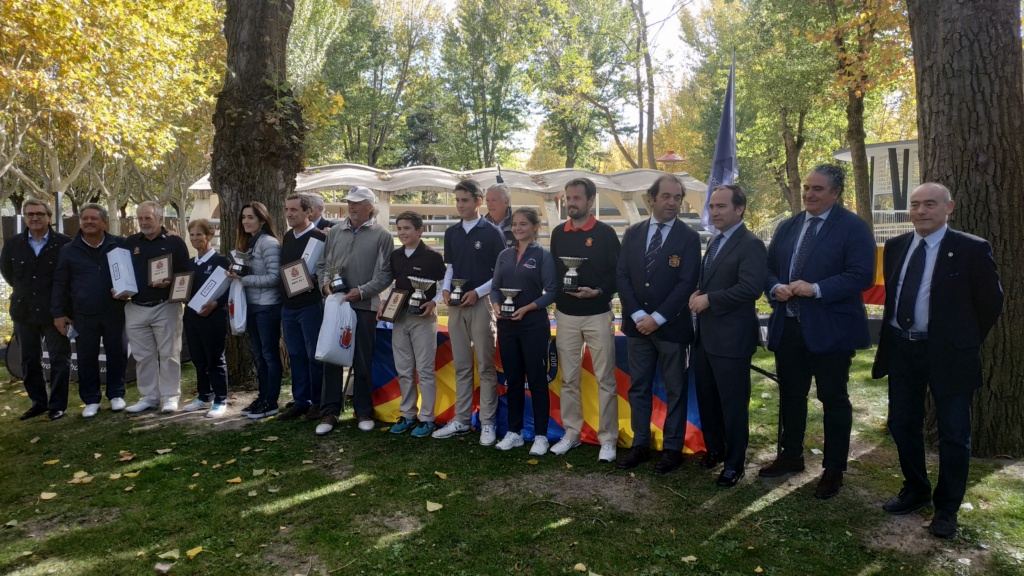 In the 2019 edition of the Spanish Open P&P, 12-year-old Spaniard Sergio Jimenez Romero gave his opponents no chance.
From day one, from the first hole, he was always ahead. Only Jose Maria Ortiz of Pinedo Martinez, managed to give some fight, but a last round of 3 under par for Sergio, decided who would be the winner of this tournament.

In Ladies, has won the spaniard Cristina Carlon Obregon, with an aggregate of 157 strokes (-5).

In Seniors the winner was Rafael Canomanuel Gonzalez with 153 strokes (-9).

Of the international players, the best was the Portuguese Arnaldo Paredes, who fell to 11th position, with an aggregate of 157 strokes (-5).

The Spanish P&P Open was organized under the leadership of the fantastic team of the Madrid Golf Federation, very well run by Tournament Director Pablo Chaves, President of the Rules Committee of the Royal Spanish Golf Federation.

Our president Carlo Farioli, who was also present, was careful to thank all present, as well as the excellent organization of the Open, distributed by the Royal Spanish Golf Federation and the Madrid Golf Federation.