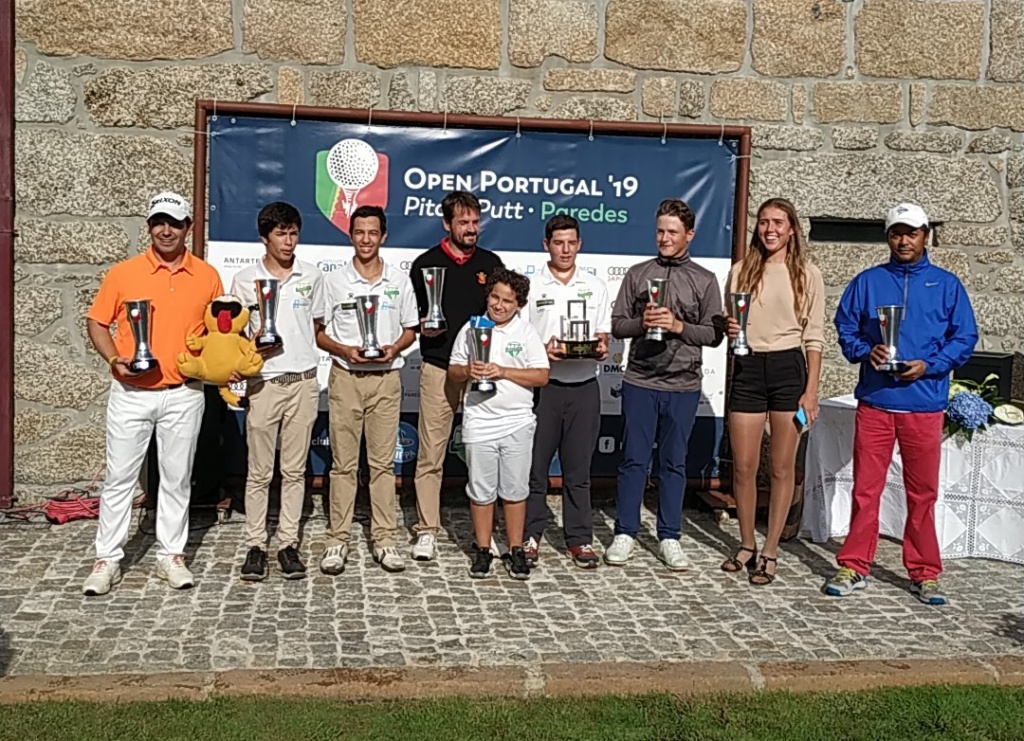 Finished yesterday in Paredes, the V Open of Portugal’s P&P, played by a record number of 77 players from various European countries.
For the first time a competition under the IPPA egide was attended by players from Russia and Sweden, who have come exclusevely from their countries, to participate in this P&P Portugal Open.

The organization of the event was impeccable, only the weather did not cooperate on the second day, where rain and wind ruled, and it was not possible to conclude the 2nd day of competition.
On Sunday, the players competed for the various prizes, and the Champion was only decided in the last hole of the Championship, where the russian Stepan Surzhik, could not stand the pressure and made a “double-boggie”, so the portuguese Pedro Afonso Mendes, just made his “par” and thus, win the title of P&P Portuguese Open Champion, for the first time.

In the Junior category, the winner was the russian Stepan Surzhik with an aggregate of -3.

In Seniors, the champion was the spanish Bernabe Gonzalez Alonso with a total of 112 strokes (+4).