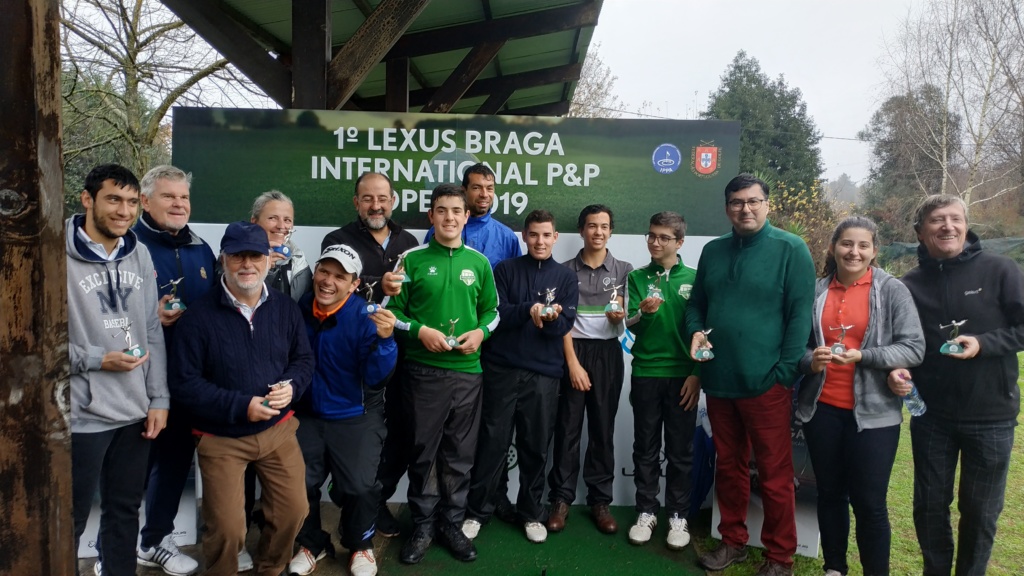 The young Portuguese Miguel Pinheiro, categorically won the last IPPA competition of 2019, the LEXUS BRAGA INTERNATIONALP&P OPEN 2019, which took place in the P&P courses of Quinta da Barca and Braga, in northern Portugal.

Miguel was always ahead, and finished the 3 rounds with an aggregate of -11 below par. In second place was the portuguese Open P&P 2019 champion, Pedro Afonso Mendes with more 2 strokes than Miguel, and in 3rd place was Tomás Ribeiro, 5 strokes from the leader.

The first foreigner was Italian Alberto Viotto, with an aggregate of 178 strokes (+16).

In the Senior category won the Portuguese Arnaldo Paredes with a total of 163 strokes (+1).

They won for the first time an international competition, in juniors, the Portuguese Guilherme Grabner Moreira and in Ladies, the Italian Roberta Mantini.

There is now a short rest period for Christmas, and as early as January IPPA competitions are resuming, and we look forward to a year full of major P&P competitions at local, national and international levels.