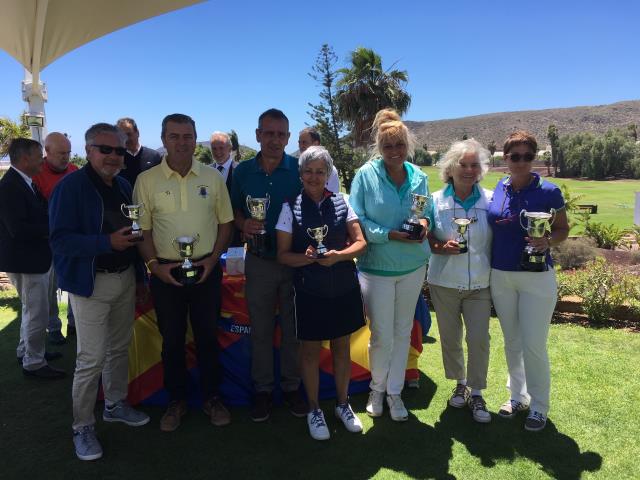 In Golf “Los Palos” beautiful course of the municipality of Arona south of Tenerife in the Canary Islands has been held the Spanish Senior International P&P Championship 2019, organized by the Technical Committee of P&P of the RFEG, on the 13th and 14th April.
The weather as usual in these latitudes has been spectacular enjoying this climate and the P&P, has been a prize for all participants.
International participation has not been all that is desired, only one Austrian player and two English players, as well as some players displaced from mainland Spain, Madrid and Galicia.
The winners were the following:

In the Women’s category: Laura Batista, who also repeats as the winner of this competition.

In the Men’s category, the winner was Carlos Vega, who needed four play-off holes with Bernabé González, both players finished tied at 110 strokes after the 36 holes of the competition, Vega had to “tune” his Putt, finish with a birdie in hole 18 and be awarded with this year Championship.